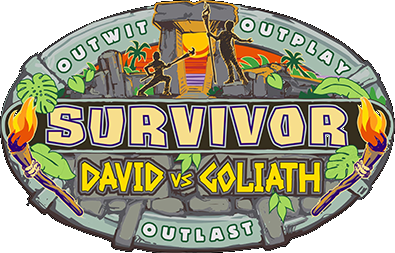 I’m back from my vacation!  Thank you, Erin, for the great work you did filling in for me while I was gone!

Last night, I returned just in time to …. see Christian voted out.

Oh well.  I guess I shouldn’t be too surprised.  It seems like almost every season features one castaway who comes out of nowhere, captures everyone’s heart, and then ends up getting voted out right before the finale.  It sucks but it makes sense.  Nobody wants to go to the end with someone who would be unbeatable.

Last night’s episode was kind of a strange one.  After a massive build-up, the plots to take out either Nick or Davie didn’t really go anywhere.  Nick confessed to Davie that he had made a fake immunity idol and, as soon as he did that, Davie abandoned his plan to vote out Nick.  Mike tried to get Nick to vote out Davie by acting like a little snitch and telling Nick that Davie had been throwing his name around.  But, ultimately, Nick didn’t take the bait.  Instead, Nick joined with Kara and Angelina to vote out Christian.

Davie wouldn’t have been voted out even if Nick had come after him.  Davie had a one-time only immunity idol so he was safe at tribal council.  Nick allowed his paranoia to get the better of him and he also played his immunity idol.  So, now, all of the immunity idols have been played and Christian has been voted out.  Next week’s finale should be …. well, I won’t say wild.  But it might be interesting.

Alison — For some reason, Alison is viewed as being some sort of a threat.  I guess she is, in that she hasn’t really gotten anyone mad at her.  She’s pretty much just kept her head down and kept out of everyone’s way.  I guess she has a chance of winning if she makes it to the final three but an Alison victory would be a boring conclusion to an otherwise interesting season.

Angelina — Angelina has somehow survived to reach the final six, despite not really doing much.  Her strategy, so far, has been to beg people to let her win stuff.  If she makes it to the final three, expect to hear her talk about how she got rice for the camp.

Davie — If Davie wins, it would be a great story.  By his own admission, he doesn’t have much outdoor experience and yet, he’s thrived in this game.  Davie’s going to have to win some immunity challenges to make it to the end, though.  I get the feeling he’s going to be everyone’s target.

Kara — Who?  I always forget that Kara’s out there.

Mike — Considering how much I loved Mike on The Amazing Race, it’s amazing how little I think of him on Survivor.  Of course, on the Amazing Race, he was working with his father.  On Survivor, he’s on his own and his game can best be described as passive-aggressive.

Nick — Nick is not always the most likable person on the beach but I do think he deserves to make it to the final three.  At the start of this season, it was easy to make fun of Nick’s obsession with forming alliances and giving them cutesy names but those alliances have pretty much shaped the entire game.

So, I guess my ideal final three would be Davie, Nick, and …. I guess, Alison.  And, out of those three, I’d want Davie to win but I’d still be happy if Nick won.

If the final three turns out to be Angelina, Kara, and Mike, I will throw something at the TV. 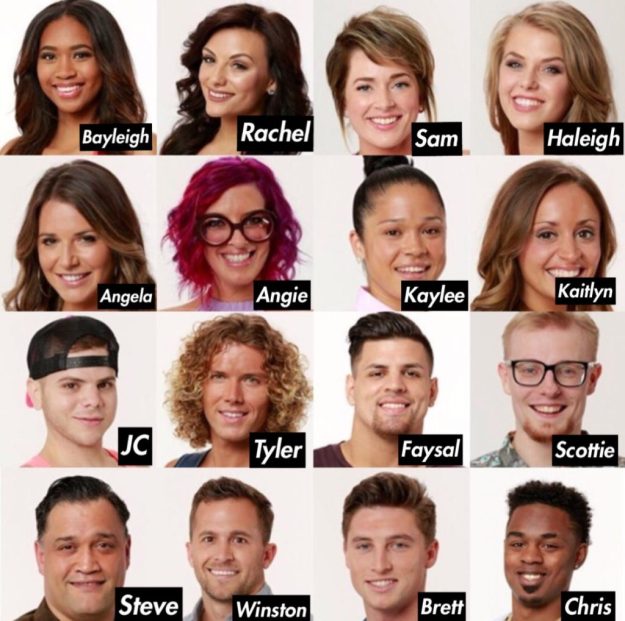 I just set up the Big Brother Blog and Reality TV Chat Facebook Group, so that the readers of those two sites can have another place to talk about our favorite shows!

Check it out here:

All are invited and welcome!

(And don’t worry.  I’ll still be posting recaps here and over on the Big Brother Blog!)

Happy Holidays!  Thank you everyone for reading and I look forward to watching a lot more shows with you in 2018!

I just wanted to take this moment to wish all of you a happy and joyous holiday!  Thank you for reading last year and I look forward to writing about the new season of Survivor!

Have a great holiday!

It appears that I have a lot of new subscribers here at Reality TV Chat.  I’m guessing that most of you came over from the Big Brother Blog!  WELCOME!

Survivor starts tonight.  I will posting a recap of the episode either later tonight or maybe tomorrow.  It depends on how tired I am after writing up my recap of the Big Brother finale.

Thanks again for coming over!